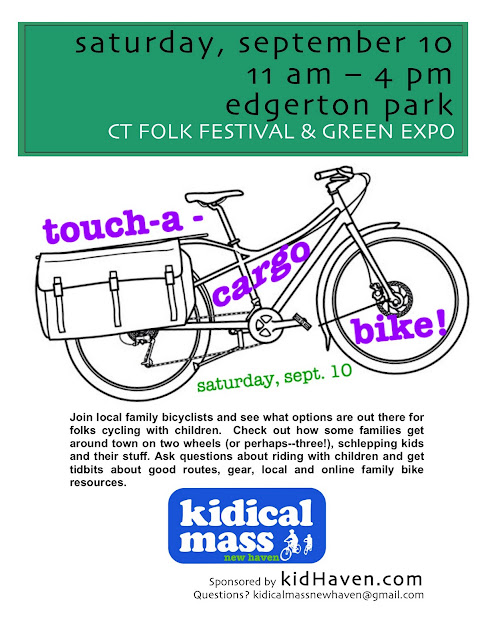 It's our first attempt at a full gathering of local cargo bikes.  And it's next weekend. To share that I am a bit nervous about it all, would be an understatement. School begins Tuesday. Some local areas are still without power almost a week after Hurrican Irene.  I don't have a complete sense of who will be there and with what bikes.  But we are going for it!

Three years ago, such an event here would be unthinkable. But now, we've seen such an increase of interest and equipment in/for family bicycling 'round these parts.  Now, we are not the only nutty family with multiple cargo bikes in the area.  So we've made an attempt to organize and entice others to see what fun can be had as a family getting around town on two (and for some, three) wheels.