Wookie Leprechaun on a Bike

It felt great to all be back on bikes again yesterday after yet even more snow on Friday. It's been a tough winter 'round these parts. We saw an unprecedented (at least in our time) 34" snowfall that kept us off the roads for too long.

With the sun out, we donned our green and headed off to celebrate the St. Paddy's Day parade with friends. It's been our tradition to bicycle to our friends' home for the pre-parade potluck (working the alliteration here). This year the three boys rode themselves, although I remember so well the first year of the bakfiets. It got lots of attention at the party and parade. 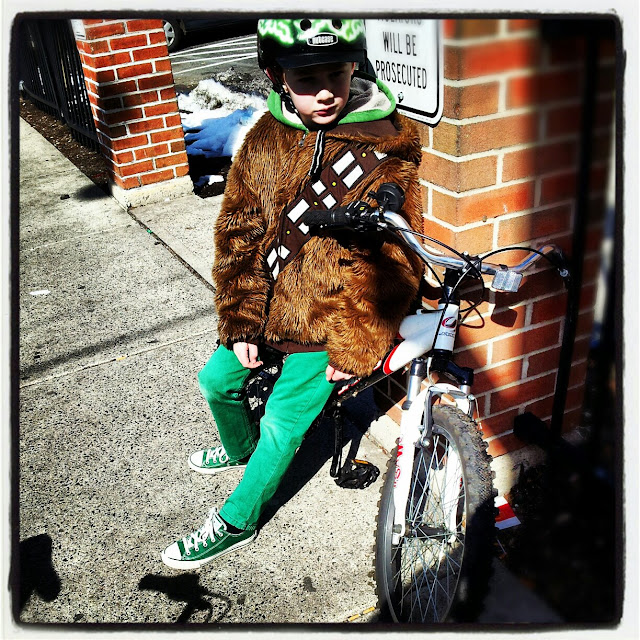 In the end, I'm not sure if this is a bike blog photo or one ready for an album cover.  We had to make a stop at the grocery store and instead of locking up five bikes, F and I opted to hang outside while the others ran in for food supplies.

Funny enough, he happens to be leaning against a post with signage reading, "No loitering. Violators will be prosecuted." I don't think anyone would take issue with a Wookie Leprechaun bicyclist waiting for his dad and brothers....


Posted by sara No comments: