This year's Rock to Rock ride was as fun as we expected. The weather was tremendous and the energy of the participants was palpable. It was a treat to ride with friends and to run into more folks we knew along the way. It was fun to wave to people who called out from the sidewalks, to whiz through intersections as motorcycle police stopped the car traffic, to feel safe and free riding with all these energized, excited people. Most wonderful, for me anyway, was to watch my older sons, each seven, ride themselves across the city. If only, if only..... If only, the streets were safe enough for them to ride themselves everyday. 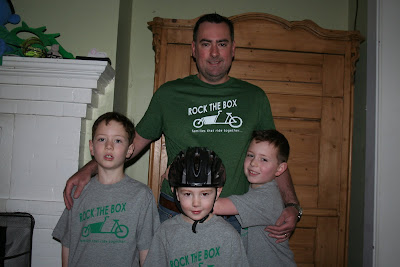 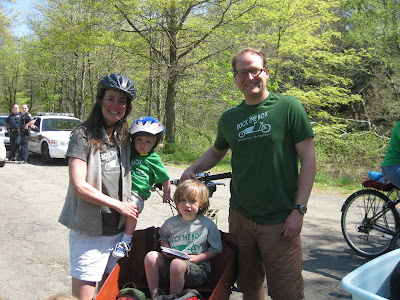 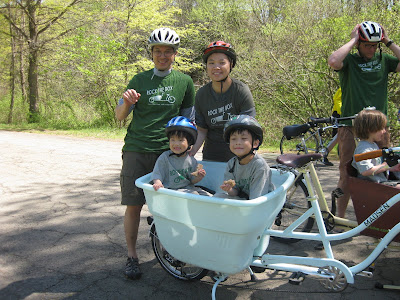 The start of the ride. We got to starting point on the later side so waited to the side and let all these folks lead the way. The group of riders snaked up and well beyond what you can see here. 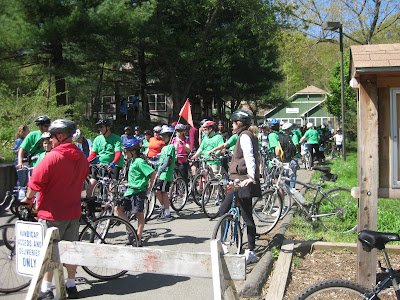 E & T in action in their Joe-Bike bakfiets. My four-year-old had much to say about the size of their box. How the taunts start early! 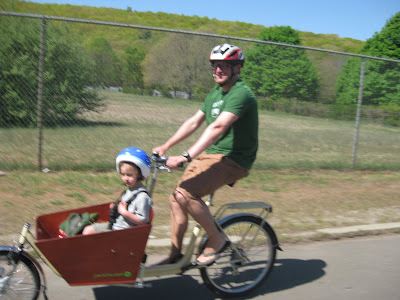 Here are my guys, pedaling away. I was a proud mama. It's clear that the twins need new bikes. 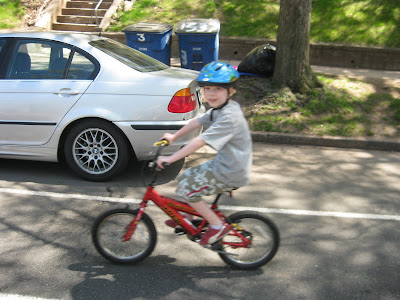 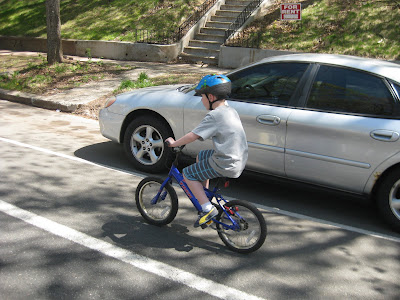 At the different resting points, F switched from bakfiets to Xtracycle, back to bakfiets again. 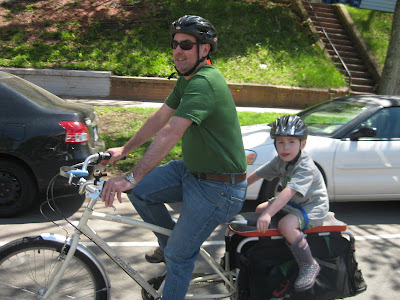 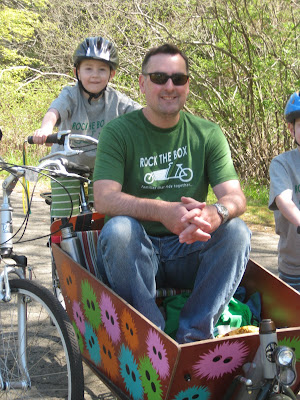 We were so psyched to run into this mama rider. Look at her frock closely. We complimented her loudly and often on her Ms. Frizzle dress selection! 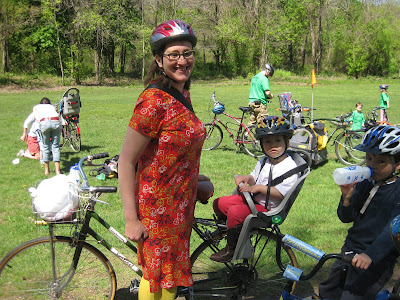 How cool to run into one of your preschool teachers on the ride. 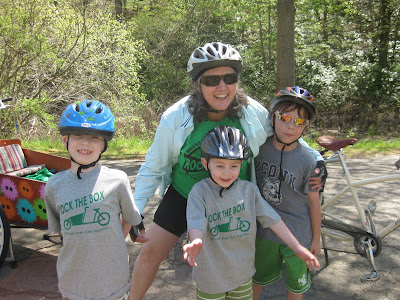 I took this shot on our final stretch. It was amazing to watch the boys ahead of me. 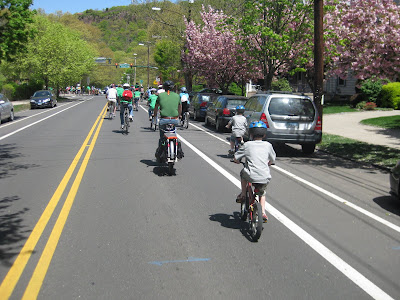 Look what was waiting for us at the end! The CHEESE TRUCK. Yum. Amazing grilled cheese & tomato sandwiches. 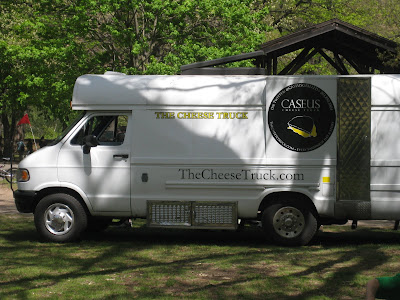 How cool and fun! And a cheese truck? I want to go to there.

Love the box size taunts, The Friz ref and the spring blossomed lined street ( my fav time of year for that street so darn lovely to walk on) and the Cheese truck takes the CAKE. MMMMM or maybe I'm just hungry I forgot to eat lunch!

also good to see that your kids are on the same size bikes as G. I am getting her a new bike for her b-day in july but I'm wondering if the next size up will be too big. The best part is from now to July I'm gonna take her test riding to find the perfect bike. :-)

I like F's choice of footwear for the ride.

And cheese truck? Not a cheese box bike?

Miss Sarah-- I believe the Madsen family has a Velo Orange saddle. Did you change yours? We went to a Brooks saddle on our Xtra but the mack-daddy Bakfiets came with one...